Hearing Loss Can Increase Risk of Dementia by 200-500%

There is no cure for dementia. Treatments are available, but the best way to combat it is with preventative measures that decrease your risk of developing dementia in the first place.

Hearing loss causes our brains to commit extra resources to hearing and understanding speech. This mean that less cognitive power is left over to process and remember what was said. This process gets even more taxed in a difficult listening environment like at restaurants or parties.

Reduce Your Risk of Cognitive Overload

What Does the Research Show? 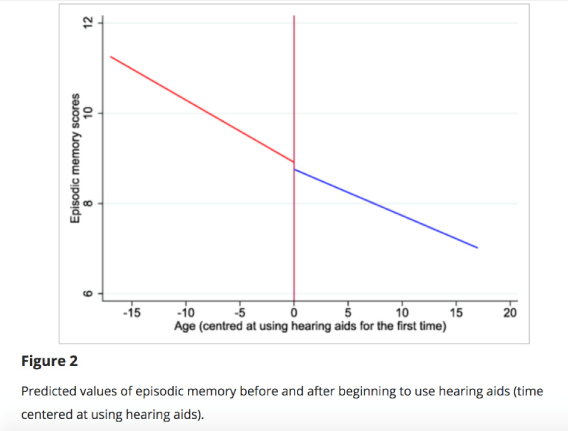 Research from around the world shows the potential connection between hearing loss and dementia. A study on the Relationship of Hearing Loss and Dementia found that “elderly individuals with HL have an increased rate of developing dementia and more rapid decline on 3MS-R scores than their non-hearing impaired counterparts. These findings suggest that hearing impairment may be a marker for cognitive dysfunction in adults aged 65 and older.”
The good news is hearing loss is both preventable and treatable, which can reduce the risk, impact, and speed of cognitive decline.

A study on the Relationship Between Hearing Aid Use and Cognitive Function(4) published by The American Geriatrics Society found that the treatment of hearing loss could mitigate cognitive decline in older adults.

The individuals studied experienced a decline in episodic memory before beginning hearing treatment. Although their memory scores continued to decline after beginning to use hearing aids, the rate of decline became far less steep.

Groundbreaking research conducted by Johns Hopkins Medical Center indicates hearing loss can increase the risk of dementia by 200-500%. That’s a significantly higher risk. The same report from researchers at Johns Hopkins Medical Center and the National Institute on Aging found that the more hearing loss an individual had, the more likely they would develop dementia.

Study leader Frank Lin, M.D., Ph.D., of Johns Hopkins Medical Center says, “A lot of people ignore hearing loss because it’s such a slow and insidious process as we age. Even if people feel as if they are not affected, we’re showing that it may well be a more serious problem.”

Meet Our Doctor of Audiology